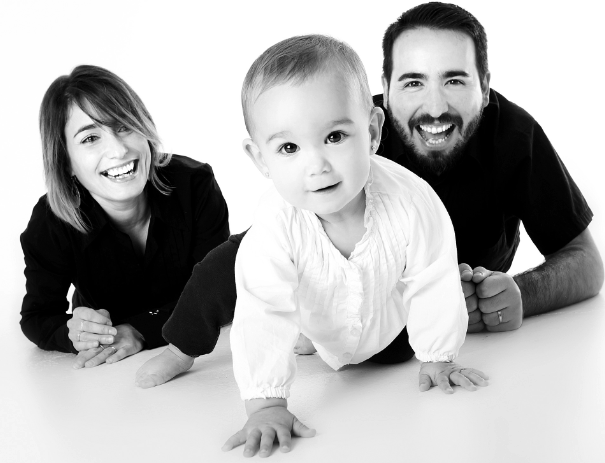 Child development is a constant source of anxiety for parents. Is your child doing well? Why isn’t he talking yet? Is there something wrong? Such worries are often unfounded and even harmful, according to pediatrician Michael Hauck and science journalist Regina Hauck.

In the book “Between Concern and Anxiety. How excessive worry, false diagnoses and the desire to conform to developmental norms turn our children into patients”, they tell us how to help children develop harmoniously and stop worrying in vain. With Bombora’s permission, BidForWriting publishes an excerpt from chapter sixteen.

On the one hand, a secure and stable relationship with parents and other caregivers is needed, and on the other hand, the freedom to learn and be active plus an environment that motivates learning. If these basic needs are met, the child has the best prerequisites for healthy development and learning that is possible for him or her.

1. To clear the way, but not to level it

Many parents rush to help their children with the slightest effort. They give him a hand so that he can climb up quickly and sit in a chair. They take him to school and even carry his backpack into the classroom. Such parents say: “We have a maths test tomorrow. And then they sit down with the child at the table and study until late in the evening. I know patient parents who take Latin classes to help their children.

There are schools that offer such courses specifically for parents. A mother whose son (or ‘we’) has just graduated from high school recently cheerfully reported that some universities now even have parents’ days and that she is looking forward to meeting her son’s teachers.

When parents relieve their child of all extra effort, it has nothing to do with the necessary removal of obstacles to development or the establishment of a secure base. The parents’ behavior in this case reminds me of curling. Players use big brushes to clear a path for their counterparts so that the curling stone can glide unhindered along the desired path.

What works in curling doesn’t work in parenting. If the track is too flat, a child does not learn to overcome obstacles, solve problems on their own or with the help of others, and have fun and develop their own skills.

Intellectually developed according to their age, these children remain emotionally and socially at the same level: little tyrants, prone to defiant and self-centered behavior, who when faced with every difficulty immediately begin to feel overwhelmed, and cannot integrate into the community in kindergarten or school. They feel emotionally insecure and worthless. This makes it difficult for them to find friends from whom they can learn to develop further.

2. Give up excessive control

Independent learning is a basic psychological need. Children acquire skills and knowledge of their own volition when they find an environment that encourages their activities.

This applies to children who have mental retardation or mental retardation. Like their perfectly normally developed peers, they explore the world according to their own developmental level, if the environment does not hinder their activities by excessive control or abundance of rewards, but offers them favorable conditions for development.

From the end of the first year of life, children observe very closely what adults or other children do with objects and try to imitate them. For example, they see their parents and siblings eating with a fork and knife, and they want to do the same. They notice how parents and siblings treat each other and other people, how they talk, how they listen, how they play with each other, quarrel, and make peace. “How many times can I tell you to listen when I’m talking to you?” a four-year-old girl says to her doll, copying her mother’s tone and expressions exactly.

Parenting would not be possible without a great interest in other people and without learning by imitation. Parents can explain to their child in the abstract how to set the table, or they can try again and again to teach it how to arrange plates, knives, and forks. But this takes a lot of time and effort.

If instead, children watch their parents, siblings, teachers, and kindergarten children setting the table every day, they will see them as an example and begin to imitate them. Because from an early age, children want to “help” and please those around them – another useful evolutionary trick that ensures that the child can learn and find a connection with the group instead of waving off his or her abilities, running away, and putting himself or herself in danger.

3. Helping to learn from objects

Just a few weeks after birth, babies can distinguish between living things and inanimate objects. First, the child pulls objects from its environment into its mouth, then it touches them, and then it studies them carefully. This is the order in which it occurs in the first year of life.

The child does not need a role model to do this. It deals with things independently and on its own initiative and explores their external characteristics: size, weight, and surface. He learns to push a toy car in front of him or to hold building blocks so that they don’t fall out of his hands.

Researchers have found that children understand as early as the first year that living things can move in any direction or forward and backward at will, while inanimate objects always move according to the same laws of mechanics until an external force acts on them. Obviously, children bring this useful knowledge into the world, which helps them to understand the material world and its laws.

Babies already have an idea of numbers. Four-month-old babies can distinguish between a set of two and three dots (although they cannot see the difference between four and six dots).

And babies are born with the prerequisites for this. Adults need do nothing more than offer the child toys with which he or she can gain new experiences appropriate to his or her level of development. At first, these will be rattles, then building blocks, and later dolls, and Lego cubes. The child will explore with their eyes, mouth, and hands and learn in the process.

As soon as a child starts to talk, it no longer wants to learn by imitation, but lets adults explain the world. With the questions “what”, “who” and “where” he asks them to name things, people, and places.

When at some point – around the age of three – all the kitchen appliances, all the animals and people around him get names and titles, the “why” questions appear. “Why does Grandma have so many wrinkles?”, “Why can’t I eat ice cream?”, “Why brush my teeth?” The child is now interested in the causes, meaning, and purpose of processes and phenomena.

Children are concerned not only with the right answer but also with attention. Then the questions cascade down: “Why should I vacuum?”, “Why should the flat be clean?”, “Why is it bad when it’s dirty?”. The child is looking for information and looking for attention. They want adults to teach them something.

This need grows until it is so strong that the child – at the age of about six – can listen and learn from the teacher every day for several hours.

Babies are curious, receptive creatures who want to learn. Their ability to develop their skills depends on stimuli from their environment. They are interested in everything new and, of their own volition, are constantly learning new things by seeking, discovering, experiencing, repeating, and applying newly acquired skills in order to master them. With each new skill, with each new knowledge, the child becomes more independent and competent.

In this case, no special education or training programs are necessary. They can even prevent your child from gaining personal experience and weaken your child’s self-esteem by depriving him/her of the opportunity to express himself/herself through his/her own actions.

A child can learn colors or the multiplication table before trying to do it on their own initiative. But focused practice will prevent him from learning many other skills that are useful later in school, education, and the workplace: thinking ahead about what he does, being cautious, evaluating the consequences of his actions, being motivated and focused, understanding mistakes, being able to control his impulses and dealing with failures and defeats. However, all of these skills are necessary in order to find your way in life, organize your life and cope successfully with challenges.

Fortunately, these ‘meta-skills’, which can also be summarised in the term ‘character’, are increasingly seen as key skills that will be useful in the future. For now, their formation has been left to chance. In recent years, however, brain researchers and educators have increasingly tried to figure out how to support their formation.

Thanks to medical imaging, we now know that these meta-skills are complex patterns of connections in the frontal lobe, the so-called prefrontal cortex. It forms the slowest part of the brain, so it is particularly affected by the social environment.

How we behave in certain situations, whether we can concentrate on problems, whether we look for solutions, whether we give up quickly or get “nervous” if we don’t succeed right away, are all determined by our experiences, mostly acquired through upbringing, and one day shape our character.

The book “Between Care and Anxiety” tells parents how to cope with fears and give up excessive control. It also helps you to make a plan of action if something does go wrong in your child’s development. 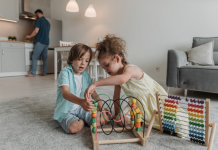 How To Make Educational Toys At Home 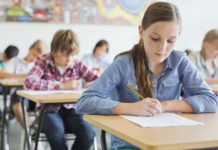 10 Products Intended to Encourage a Child’s Interest in Writing 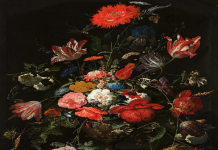 Why Art Should Be A Part Of College Program?